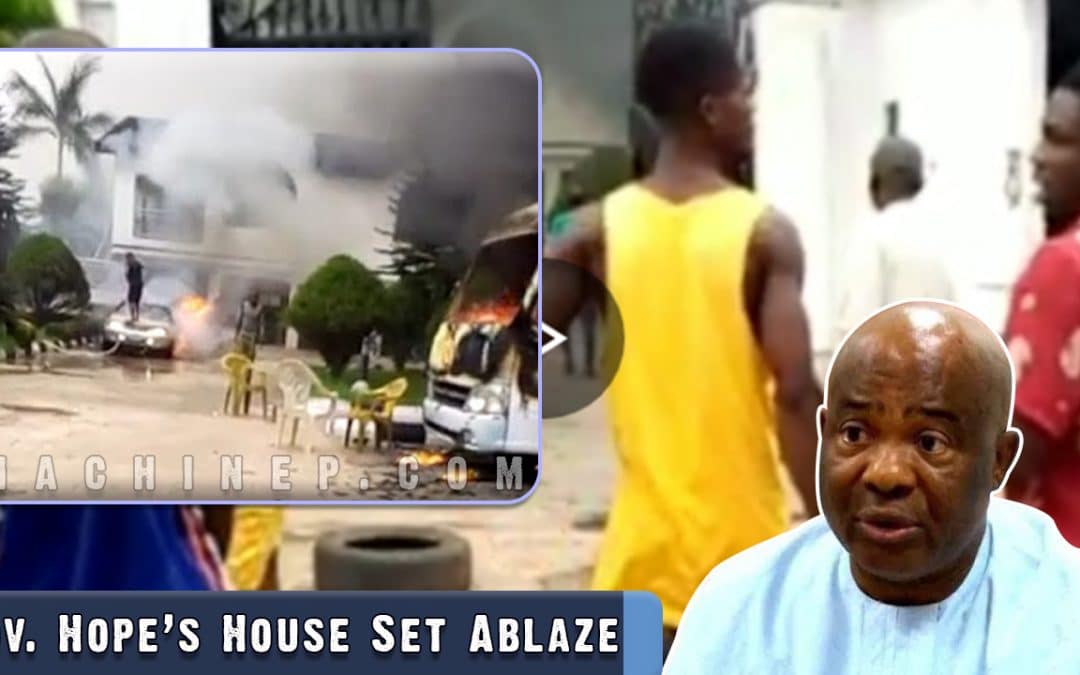 On Saturday morning, the Governor of Imo State, Hope Uzodimma‘s house, vehicles, and some other valuable properties were set ablaze.

The house is located in his hometown in Omuma, Oru East Local Government, Imo State, Nigeria. The operation was carried out by some hoodlums who appeared in black and black attire with fearless attitude.

However, since there are no good Fire Service Companies in the state, the villagers tried their possible best extinguish the fire, but they could only do the little.

At the moment, Machinep gathers that many vehicles, some parts of the building, and other properties were inflamed. Among the expensive vehicles burnt was a new brand Royce rolls worth Two Hundred Million Naira.

Apart from the properties, two of the security men and one defense officer were killed on the spot.

Following the attack on the country home of Gov. Hope Uzodinma at Omuma recently, the joint operation of Army, Police, and DSS swiftly trailed the base of IPOB at Awomama in Oru East. A gun duel ensued leading to the death of Ikonso who was the IPOB 2nd in command in the southeast and 6 other members, on one hand, and 1 Army officer and 3 policemen on the other hand.

Consequently, IPOB has vowed to avenge the death of lkonso on the governor and make the state ungovernable. On the other hand, the security agencies have vowed to deal decisively with IPOB.

Imo People are advised to take the following precaution,

Be assured that God will surely keep His people safe from every danger. Amen!