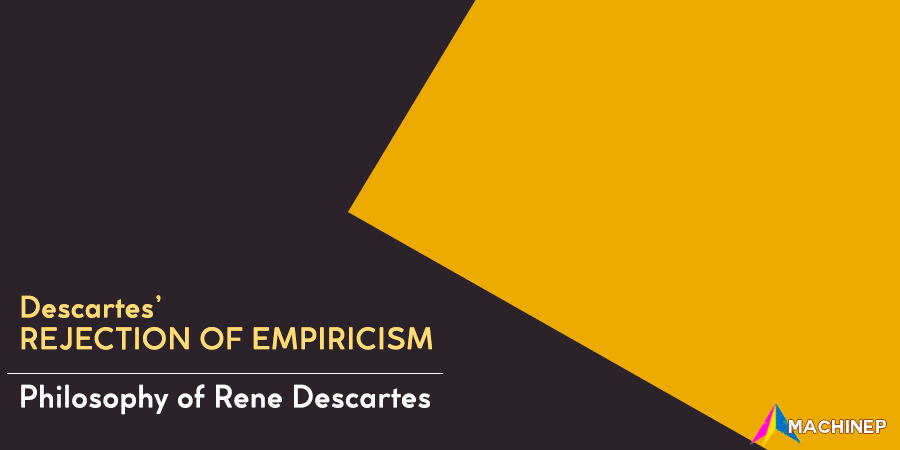 Descartes did not believe that the information we receive through our senses is necessarily accurate. After the revelation he experienced on November 10, 1619, Descartes undertook his intellectual rebirth. His first step was to throw out everything he thought he knew, refusing to believe in even the most basic premises before proving them to himself satisfactorily.

In this act of demolition and reconstruction, Descartes felt it would be a waste of time to tear down each idea individually. So instead, he attacked what he considered the very foundation: the idea that sense perception conveys accurate information. He developed several arguments to illustrate this point.

In the Dream argument, Descartes argues that he often dreams of things that seem real to him while he is asleep. For example, in one dream, he sits by a fire in his room, and it seems he can feel the warmth of the fire, just as he feels it in his waking life, even though there is no fire. The fact that he feels the fire doesn’t allow him to tell when he is awake and when he is dreaming. Moreover, if his senses can convey to him the heat of the fire when he does not really feel it, he can’t trust that the fire exists when he feels it in his waking life.

Likewise, in the Deceiving God and Evil Demon arguments, Descartes suggests that, for all he knows, he may be under the control of an all-powerful being bent on deceiving him. In that case, he does not have a body at all but is merely a brain fed information and illusions by the all-powerful being. (Fans of the Matrix films may recognize this concept.)

Descartes does not intend these arguments to be taken literally. His point is to demonstrate that the senses can be deceived. If we cannot trust our senses to convey true information about the world around us, we also can’t trust deductions we’ve made based on sense perception.

At the time Descartes cast doubt on the reliability of sense perception, it was a radical position. He was proposing that scientific observation had to be an interpretive act requiring careful monitoring. The proponents of the British empiricist movement especially opposed Descartes’ ideas. They believed that all knowledge comes to us through the senses. Descartes and his followers argued the opposite, that true knowledge comes only through the application of pure reason.