Definition, Purpose, and the Study of Religion 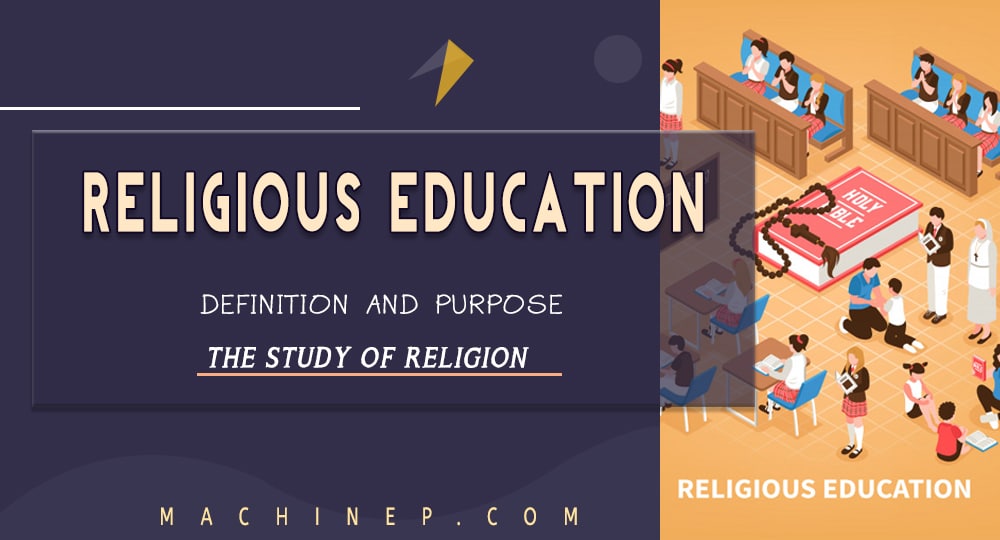 Introduction to the study of Religion

Religious studies, also known as the study of religion, is an academic field devoted to research into religious beliefs, behaviors, and institutions. It describes, compares, interprets, and explains religion, emphasizing systematic, historically based, and cross-cultural perspectives.

While theology attempts to understand the nature of transcendent or supernatural forces (such as deities), religious studies try to study religious behavior and belief from outside any particular religious viewpoint. Religious studies draw upon multiple disciplines and their methodologies including anthropology, sociology, psychology, philosophy, and history of religion.

Religious studies originated in the 19th century. At that time, the scholarly and historical analysis of the Bible had flourished, and Hindu and Buddhist texts were first being translated into European languages. Early influential scholars included Friedrich Max Müller in England and Cornelius P. Tiele in the Netherlands.

Today religious studies are practiced by scholars worldwide. In its early years, it was known as “comparative religion” or the science of religion and, in the USA, there are those who today also know the field as the History of religion (associated with methodological traditions traced to the University of Chicago in general and in particular Mircea Eliade, from the late 1950s through to the late 1980s).

The religious studies scholar Walter Capps described the purpose of the discipline as to provide “training and practice… in directing and conducting inquiry regarding the subject of religion”. At the same time, Capps stated that its other purpose was to use “prescribed modes and techniques of inquiry to make the subject of religion intelligible.”

Religious studies scholar Robert A. Segal characterized the discipline as “a subject matter” that is “open to many approaches”, and thus it “does not require either a distinctive method or a distinctive explanation to be worthy of disciplinary status.”

Different scholars operating in the field have different interests and intentions; some for instance seek to defend religion, while others seek to explain it away, and others wish to use religion as an example with which to prove a theory of their own. Some scholars of religious studies are interested in primarily studying the religion to which they belong.

In the study of religion, scholars of religion have argued that a study of the subject is useful for individuals. This is because it will provide them with the knowledge that is pertinent in inter-personal and professional contexts within an increasingly globalized world. It has also been argued that studying religion is useful in appreciating and understanding sectarian tensions and religious violence.

Throughout the history of religious studies, there have been many attempts to define the term “religion” just like philosophy. Many of these have been monothetic, seeking to determine a key, essential element which all religions share, which can be used to define “religion” as a category, and which must be necessary in order for something to be classified as a “religion”.

Etymologically, The term “religion” could be traced to three ancient Greek words: Religare, Ligare, and Religere which means, to bind, to unite, and relationship. Religion is seen and understood in many ways by many different religious secs.

There are two forms of monothetic definition; the first is substantive, seeking to identify a specific core as being at the heart of religion, such as a belief in a God or gods, or an emphasis on power. The second is functional, seeking to define “religion” in terms of what it does for humans, for instance defining it by the argument that it exists to assuage the fear of death, unite a community, or reinforce the control of one group over another. Other forms of definition are polythetic, producing a list of characteristics that are common to religion. In this definition there is no one characteristic that needs to be common in every form of religion.

Causing further complications is the fact that there are various secular world views, such as nationalism and Marxism, which bear many of the same characteristics that are commonly associated with religion, but which rarely consider themselves to be religious.

Conversely, other scholars of religious studies have argued that the discipline should reject the term “religion” altogether and cease trying to define it. In this perspective, “religion” is argued to be a Western concept that has been forced upon other cultures in an act of intellectual imperialism. According to scholar of religion Russell T. McCutcheon, “many of the peoples that we study by means of this category have no equivalent term or concept at all”. There is, for instance, no word for “religion” in languages like Sanskrit.

The study of Religious Education makes a distinctive contribution to the school curriculum by developing pupils’ knowledge and understanding of religion, religious beliefs, practices, language and traditions, and their influence on individuals, communities, societies, and cultures. It enables pupils to consider and respond to a range of important questions related to their own spiritual development, the development of values and attitudes, and fundamental questions concerning the meaning and purpose of life.

Religious Education is concerned with the deep meaning that individuals and groups make of their experiences and how this helps them give purpose to their lives. It provides opportunities to explore, make, and respond to the meanings of those experiences in relation to the beliefs and experiences of others as well as to one’s own experiences.

Along with the other subjects, Religious Education aims:

The Aims of Religious Education