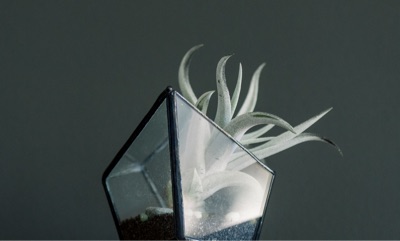 The Philosophy of Vanity

A lawa a hara:

Sometimes, just sometimes, it is good to remind people of things they already know. It is not a waste of time nor is it a fruitless search; a wild goose chase, rather it is an act which we should do often because it is in man’s nature to forget things so easily. And it is our duty to remind each and every one of us that we are on a pilgrimage. – The Philosophy of Vanity –

We must learn from everyday activities and I have learned from previous experiences that the more luggage a traveler has, the more difficult the journey. Most often we find people who are stranded because they cannot flag down a cab to carry their mighty luggage.

The people who have few bags simply cross over to the other side and continue on their journey. The excesses which slow people’s progress, as our travelers, are often irrelevant and that is VANITY!

In the opening lines of his audio release, what people may call comedy (of which I take exception to), Monsieur Uche Ogbuagu, maintained and argued that if only people were aware of how fast and quick every moment is and how what we think lasts forever are lost in a blink of an eye; then he would not take much of our time nor would he even bother making an audio concerning our passing nature.

As was expected, the principle of double effect played itself out. While some accused the honorable gentleman, Uche Ogbuagu, of being too political and using the medium to say ill of a sitting governor, others lauded him and praised his effort to call us back to our roots. These reactions are because of the perception people got.

For a few, Uche Ogbuagu was standing on a podium of politics, for the rest, he was standing on a pavilion of liberalism. Howbeit, I have borrowed a leaf from the vanity philosophy of Uche Igbuagu, and as I am standing on the ground of education, one prays that the criticisms be rational, in the least.

As reasoning and thinking people, we all have our different philosophies. For his vanity philosophy, Uche Ogbuagu calls it a lawa a hara which in translation means at the time of our exit/departure, nothing is taken.

I have carefully examined this philosophy and arrived at another dimension one could view it from.

Contrary to the departure connotation, I extend the meaning to Legacy. One can then from this; ala waa aha ra – when the ground opens, name subsists.  This is an intellectual replay of what happens in one’s life. The name, good name, one makes for himself/herself, according to Uche Ogbuagu is what persists perennially.

In the light of this reason then, our ephemeral nature should always be our concern, for we ought to preoccupy our minds with the thought of vanity and nothingness of our existence.

In fact, our passing and fading nature is a cosmic degree, conferred on us by necessity. For while we present thesis, dissertations to earn a doctorate, and first degrees, we then become qualified to attach these honorary degrees of vanity given to us by nature, having passed the examination of coming-into-being.

Hence, one then attaches it to the list of titles that appear after his/her name.

I would then write Gaetan Dolores, V.A.A, Ph.D., M.A, GCFR, Dip. Th, B.Tech, etc, where the V.A.A means VANISHING AFTER ALL. It is also clear to see that V.A.A becomes the first to come before the others – the very first we earn! This goes a long way to console people who are demoralized and feel neglected that they cannot get their other degrees and titles (Ph.D., G.C.F.R, B.Phil, LSM, etc); for there is one degree conferred on all of us by the education of life, which we all share.

May the discourse on vanity no longer be held in conclaves! May we rise to the hills and herald this consciousness that we may take it to all the nations and peoples!

As Christ’s love compelled Paul (2 Cor 5:14), so will the consciousness of this fact compel us to share and extend love; to heal the world and make it a better place (Michael Jackson), to do unto others as we would have them do unto us (Golden Rule), to not pay a tooth for a tooth nor an eye for an eye- which would make the whole world blind (Mahatma Gandhi); to love one another as we love ourselves (Matt 19:19); to lean on each other and swallow our pride (Michael Bolton); to talk about love for it is all we need (Celine Dion).

What About these Practical Experiences?

Using his childhood experiences, Uche Ogbuagu reminds us all that these material things which we hold in high regard would be things of the past tomorrow.

Come to think of it, who would believe that the SIM card would later be bought, at worst 100, and at best FREE! I myself, born in the ’90s witnessed how the SIM card saga divided the society into SIMFULL and SIMLESS- the bourgeois belonging to the former and the peasants to the latter (I do not wish to talk about getting a telephone those days because one literally had to sell half of his/her piece of land before getting one).

But today, the telephone network companies now send agents to stand at our school gates begging us to take one of their SIM cards and sometimes, forcefully thrusting them into our pockets.

They have also hired dancers too, who shamelessly dance on the streets so as to attract us to be able to force these SIM cards into our hands.

What about those times when we had thought that the automobile, fondly called Beetle because of its shape, was the best among peers – primus inter pares! One would stare and stare again until the Beetle with its tuk tuk tuk tuk tuk tuk tuk sound of the revving engine would drive by, in fact, passes away – and away did it literally pass!

But today we see Ferrari, Bentley, Venza, Lamborghini- even private jets- something not previously thought possible. Yet we must be wary that these things do not last.

No matter how rich and famous and beautiful one is, he/she must know that there have been people before him/her, who were richer, more famous, and more beautiful, that had once existed before him/her.

Many poor people think that if only they had money, they would be happy. Howard Hughes was the richest man in the world when he was only forty-five years old. Twenty years later, at sixty-five, he still had all his money but was probably the world’s most miserable man.

He had retreated from society, living in a small dark room in hotels, keeping all the sun out. He was dirty, his beard had grown down to his waist and his hair fell down his back.

His fingernails were two inches long. His huge body had shrunk to nothing (introduction to the book of Ecclesiastes- The Family Devotional Bible)

What Happens Upon Death?

Pay attention let me tell you what will happen upon your death – yes you will one day die. These things which I am about to narrate will happen to anyone who is lucky to die a peaceful death or rather a less painful death (and has the best relatives) else the person meets death in the most bizarre circumstances that do not have the favor/ grace of receiving these treatments.

First, the doctor would shake his/her head that you have gone (sympathetic doctors and not the ones who see you as a mere biological organism), and then the mortician would try to make you still appear beautiful.

If any religion accepts your corpse, then a funeral service is held in your honor. Two hours or three, the service is over and soon you are lowered into an already dug grave- you alone, in your beautiful dress and so beautiful. A day or two, you still retain your freshness.

Four days or five, the maggots sprout- devouring all, not minding or inquiring if you were beautiful in life or not. A few weeks more, more maggots appear. In a matter of a few weeks more, you are completely devoured. So, tell me, why do you boast?

Read again do you see where I wrote that your bars of gold would or private jet or your mansions will be placed at your side? If you think these processes to be too disgusting and opt for cremation, you are reduced to the most relegated substance- ash!- in a matter of minutes. Either way, you are forgotten even before the cremation process is completed.

There is really nothing to worry about.

There is really no reason to let ephemeral things blind our eyes to the ways of good. Write these words in your hearts, write them on the very surfaces you see every day – the words of Uche Ogbuagu that the world is just fleeting and passing. Everything is A LAWA A HARA!