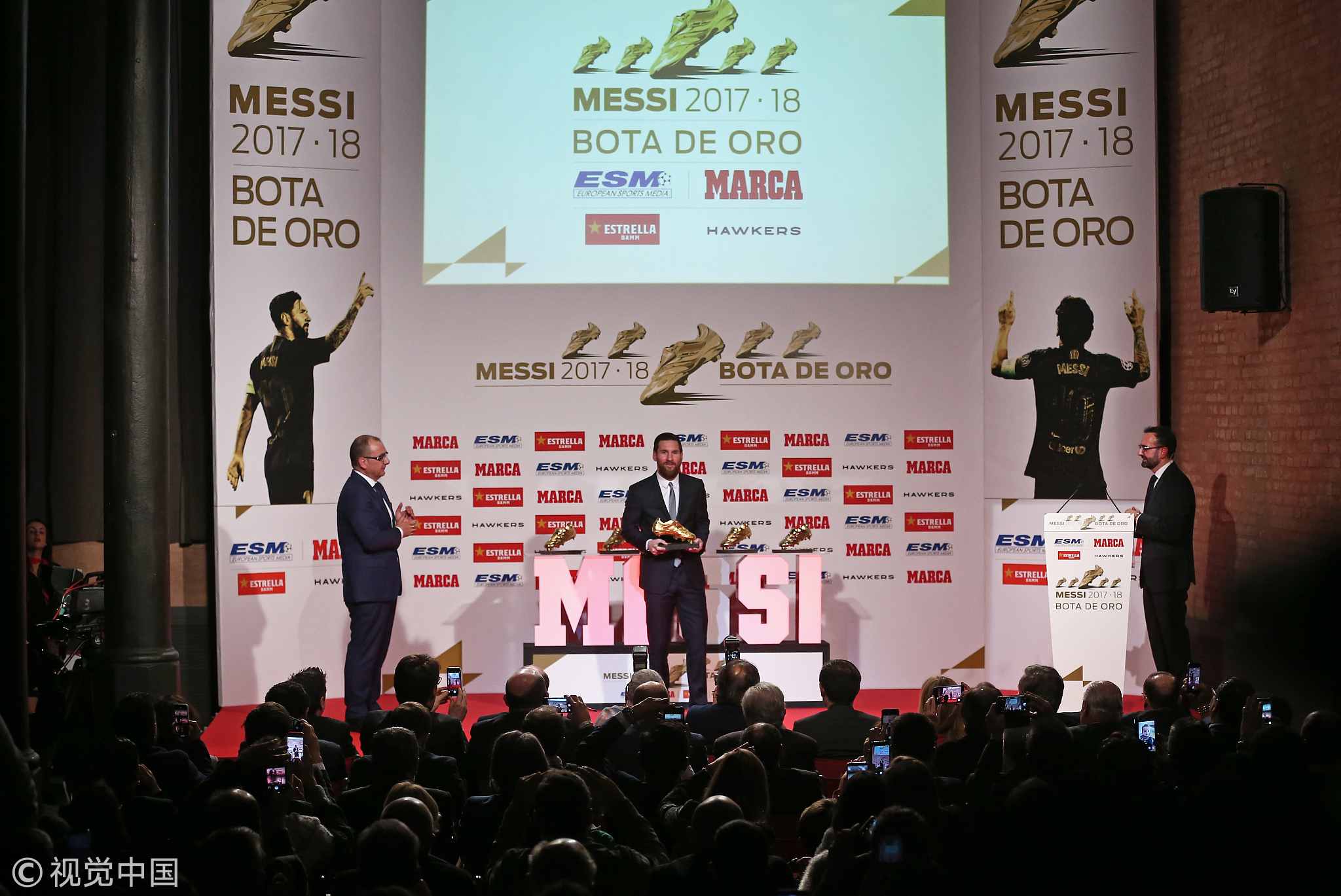 The striker, Messi, scored 34 goals in 68 games for Barcelona, putting him ahead of Liverpool’s Mohamed Salah and Tottenham’s Harry Kane.

C. Ronaldo, who has won the award four times, hit 26 goals in 52 matches for Real Madrid.

Messi’s Speech After Presentation of Awards

“The truth is I had no idea this would happen when I started. I dreamed of playing professional football and enjoying success, I love the game, but I never imagined I would have so much.

The ceremony was attended by Barcelona president Josep Maria Bartomeu, as well as fellow players like Sergio Busquets and Sergi Roberto.

Lyon will be a complicated opponent,”Even if they are not known as one of the strongest teams, they are dangerous as they showed against Manchester City, one of the best teams in the world.

“It will be difficult to go through, but the opportunity is there for us. We have several Frenchmen in the team like Samuel Umtiti and Malcolm, who played in France, so perhaps they can help as well.”