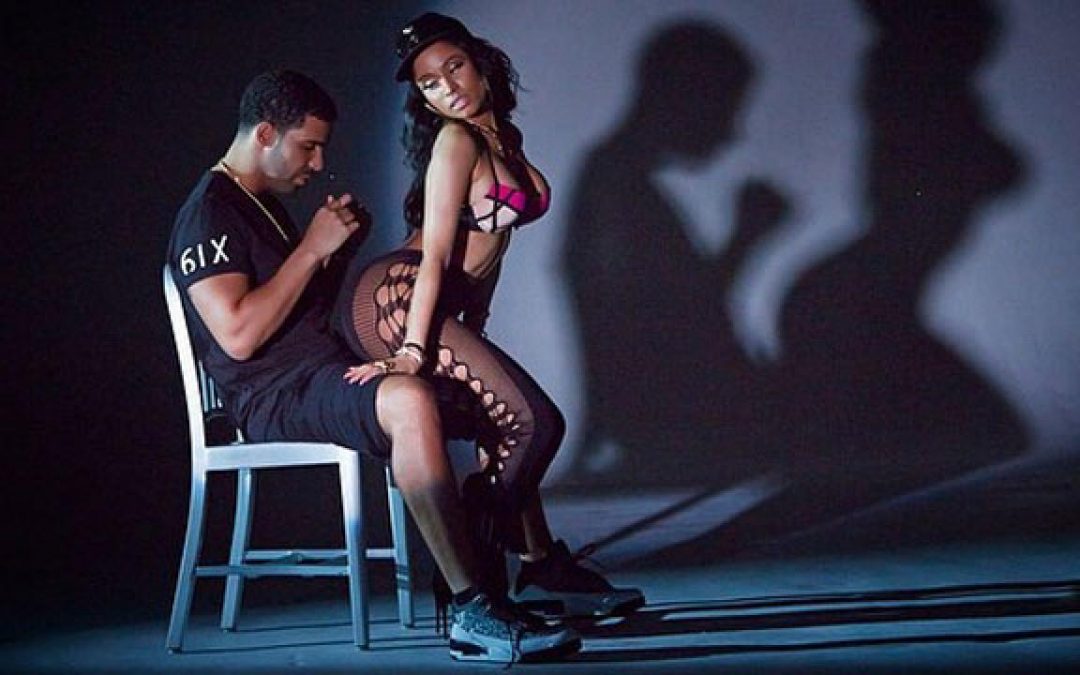 9 Most Embarrassing Photos Of Nigerian Celebrities

We all Know that Celebrities seem to live a super entertaining life, a Public life where all their actions make News headlines.

However, there are certain Celebrities Moment that will shock you. They make you feel good about not being a celebrity. The Nigerian entertainment scene has got lots of awkward and not so appealing photos of Nigerian celebrities at some point in time, where they were caught doing some awkward things.

Not stopping there, we decided to compile and publish this list of all Nigeria Celebrities who were caught in the most awkward photos ever. We have decided to bring you some of the craziest photos of a number of popular celebrities.  Some of which are plainly crazy, and of course, these Photos made the internet buzz for quite a while.

To see these photos, all you need to do is to scroll along the pages and refresh some memories from the most awkward photos of our celebrities which is quite unbelievable.

Making this list is the KokoMaster himself, Dbanj.
We all know that this guy is simply hot and if you’ve ever attended his concerts, you’ll know why the Ladies loved him.

He is always going miles just to ensure you enjoy the show, and the shouts from fans alone make him do some of the most outrageous but crazy things we’ve come to love.

What do you think about Dbanj’s Antics when on Stage? Too good for the Ladies or bad?

Taking 2nd Place is Davido. Who can forget the Twitter fight when Pictures emerge of Sonia Jombo taking snapshots with Davido in a bedroom?

And the most craziest thing? Sonia Jombo is just 19years old.

From all indications, we correctly know that these pictures aren’t photoshopped and it was the real Davido.

However, When the young girl decided to leak the photos on the microblogging site Twitter in March 2012, it literally caused an uproar.

The pictures which immediately became a viral sensation showed Sonia, who from the picture she shared with a friend.

God knows how it leaked, hooked up with Davido for some post-concert bedroom action in a series of pictures beside the pop star, who from the pictures, is fast asleep and totally oblivious to the pictures being taken.

The leaked images eventually led to the then 19-year-old Sonia being suspended from the Kwame Nkrumah University in Ghana.

But before the suspension, the destruction has already been done, and she’s got the fame already.

This is one picture Davido’s beautiful love, Chioma won’t like to see.

Taking the 3rd position as the Nigerian Celebrities with the Most awkward photos is Tiwa Savage.

I recalled when this event took place and it was at the Eko Hotel and Suites.

I clearly recalled several Entertainment Blogs writing about Tiwa Savage’s getting too hmmmmm with a guy on stage.

The Exquisite Face Of The Universe 2013 world finale, which was hosted in Eko Hotel and Suites on Thursday, December 19, 2013, saw more than 30 beauty queens from different countries around the world in Lagos State to compete for the crown.

Eko Hotel & Suites, which is situated and located in Victoria Island, Lagos, was hosted by Kenyan radio personality, Angela Angwenyi.

The crowd was thrilled with exciting performances from top musicians like Tiwa Savage and Tuface, But Tiwa Savage savagely stole the show with her performance as seen in these pictures!

Making Headlines in 2015 was Sean Tizzle.

When this news hit News Stand, the most captivating Title was;
”Sean Tizzle lands a big wet kiss on a female fan at New York concert”

When performing at a concert in New York on Friday, 8 May 2018, Popstar Sean Tizzle did more than perform his hit singles, and it was totally unexpected, that many people were left surprised and shocked.

During his performance, the Difference Entertainment act actually landed a kiss on a female fan who was obviously hypnotized by his star aura.

If you’ve watched the video, you’ll know that this wasn’t just a peck on the cheeks, but a full lip wet kiss. The concert took place at Club TG, in Jamaica, New York.

Well, the picture of Wande Coal that made headlines wasn’t actually that of Him and a Female Fans, it was actually all about him.

It all happened on the 16tth of July 2010, when Wande Coal clearly broke Twitter After his Ne@kid Pictures Where Exposed via the Microblogging site.

There was an uproar as to how this picture made it to the Internet, who uploaded it, and vice-versa.

During this period when everyone clearly wanted to hear from the superstar, he went AWOL, but his ’spokesmen’ spoke, shouted, and wanted all to shut up.

Don Jazzy, Mo Hits President shared his thought on the matter and said it was photoshopped.

Here are some of the famous tweets on this incident.

Dele Momodu, who was a Presidential aspirant back then, though everyone should have kept mute, tweeted thus: @delemomodu2011: As the enemies tried to pull down the great son of Nigeria @wandecoal today.

I urge all my good friends to pls tweet something great about wande.

@DONJAZZYMOHITS quickly tweeted: Kaiiiiiiii my boy is trending sha. oya make somebody photoshop my own too o. maybe I go trend too. lol.

However, there was one tweet that got Lots of likes and retweets and it came from this Handle @Sheifunmi, who replied Dele Momodu:

Dear @delemomodu2011, Wande Coal is great, good at what he does and we all agree he is talented, very much talented in music, he’s one of Nigeria’s best.

However, for artists claiming haters at every little controversy they get into is not it, talking about haters and evil people pursuing them.

We all should own up to our mistakes. They should stop sleeping with random girls then this won’t happen.

Here is One Musician that truly got Music Lovers hooked up in the Felabration.

He actually wore pants on stage once in a performance on stage (just like Fela) Burna boy has always been a controversial superstar.

He recently got into trouble with America Blac Chyna, who he dissed.

He dissed Blac Chyna because it was alleged she came to sell her bleaching cream to Nigerian girls in November 2018.

Burna Boy did truly shocked and stunned virtually everyone in the crowd, in the much anticipated 2013 Felabration by taking off his clothes and performing “Run My Race” in his underpants, reminiscent of the great Fela Anikulapo Kuti.

When Burna Boy was interviewed by Seun Kuti on Rubbin Minds a few months later, Seun Kuti said Burna Boy should have known better than stripping to his underwear to perform at Felabration.

The other news that shook the Nigerian entertainment World was when he was photographed kissing Cynthia Morgan in a bed. There was speculation that they may be dating, which both of them totally called rubbish.

The third controversy for Burna Boy was when a certain Young lady via Twitter, alleged that he is responsible for her pregnancy.

The girl, who is named Uju Stella, allegedly disclosed that she is pregnant for Burna Boy.

However, taking up the side of her son, Burna Boy mum said that they don’t have time for her.

During President Goodluck Jonathan Tenure, when Our Music Diva, Seyi Shay was among the entertainers who were to perform when the president visited Lagos State.

Well, it was not bad for Celebrities to meet up with Presidents, however, the outfit that she wore was what brought down Twitter users wrath on her.

When several ladies and guys alleged that she tried to seduce the President. Seyi Shay actually broke the internet with the dress she wore to meet the president at the event.

In the picture that actually broke the internet, The singer was wearing an incredibly short dress, while sitting beside the president, The Photo immediately it hit Social media, went viral for all the wrong reasons when so many fans and enemies expressed their feelings concerning Seyi’s outfit.

The photo drew several comments from Nigerians on Twitters, including celebrities and notable figures such as comedian Wale Gates; social analyst, Omojuwa, took to their social media accounts to express their feelings over her choice of outfit.

However, When she was contacted by reporters to hear her side of the story, the Musician went on to explain that she actually was required to wear two outfits for the event, unfortunately, the outfit that caused the stir was what she wore to perform.

Not letting the issue go the way her foes are trying to divert it, Seyi Shay emphasized that she is a respectable lady and was not planning to seduce the president in any way.

Iyanya is one musician with the best Muscled Body, Not too much, just perfectly normal and well-loved by the Ladies, I mean all the ladies who go to his concert.

Personally, I won’t allow my girlfriend to attend his concert, because a single sign and she’s gone.

The simple truth is that Iyanya has the most flirtatious Female fans in Nigeria.

Honestly, some ladies just can’t help themselves when they see the “Sexy Mama” crooner.

The amused musician posted this pic and tagged it ‘See ladies tearing off my shirt’.

These American based Girls literally tore off Iyanya’s Clothes While he was Performing In New York.

This particular Picture nearly destroyed the solid Marriage of Nollywood Most beautiful Mama, Omtola Jalade with Her pilot husband.

This incident Happened in 2011. When Omotola Jalade Ekeinde Became the very first Nollywood superstar to ever walk the red carpet at the 2011 Grammy Awards, which was held in Los Angeles.

The Red carpet event which would have been a sweet tale turned sour following a butt-grabbing incident by her escort and it was captured on Camera.

The picture had elicited wild rumors and innuendoes-with some speculating that she’s having an extramarital affair with the guy whose hands were on her backside.

However, this was the last picture Omotola was ever caught in a compromising position.