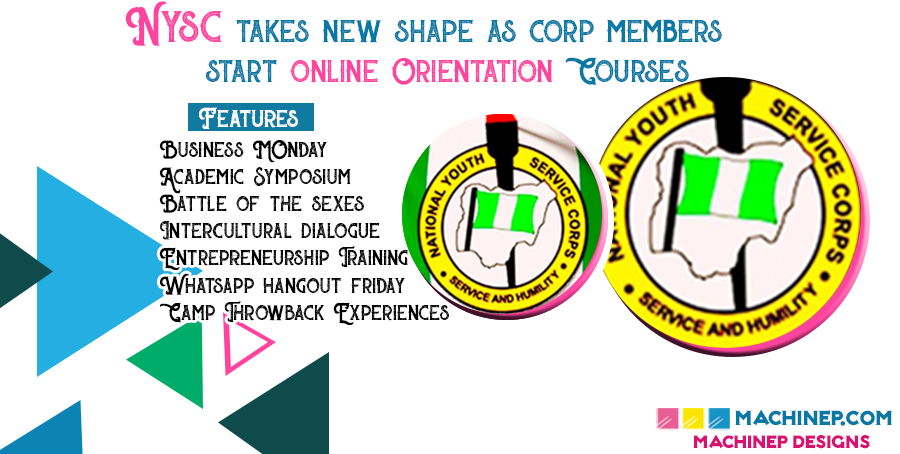 Following the global outbreak of the deadly corona virus, which has threatened the Iives of people in the world including our beloved country Nigeria. On the 18th March 2020, there was a general order for the lock down of all NYSC Orientation camp across the Nation. It was not so happy a thing to the Batch A Stream 1 corps members who were asked to vacate the camp immediately. Although they corps members were posted to their various place of primary assignment, the measures taken was to help limit the possible avenue for the spread of the virus.

As the third line in the first stanza of the NYSC anthem quotes “Under the sun or in the rain”. The Platoon 6 Batch A stream 1 corps members deployed to Nasarawa State have continued their Orientation course in another form. They have fortified its WhatsApp platform with Guiding Principles to help bring discipline and sanity amongst them. They have an Outline of Programs that runs for 9hours daily. All these are of the vision to help build up their Human Capacity  towards Nation’s building.

In an interview with the Platoon leader, in the person of Franklyn Nwosu, who is a Philosophy graduate from the prestigious Claretian Institute of Philosophy Nekede, Owerri, Imo State. He said the platoon has its motto as “We are the best to serve Nigeria” and have promised to lead the Platoon to the actualization of this both in camp and outside the camp for the Nation building.

He appreciated the esteem efforts of the Nasarawa NYSC state coordinator, the camp Director and the platoon 6 officers whose morning advise & admonishment helped strengthen them to undertake this tax.

He went further to say that the corona virus will never be a barrier for corps members to serve their fatherland, Nigeria.

The Platoon Program manager, Diogu Coda a graduate of Criminology/Psychology from Nasarawa State University spoke to us in an explanation on how the platoon has been undergoing the Online Orientation Courses which are inline with the NYSC SCHEME since 23rd March 2020. In his Explanations he said;

The business Monday is an opportunity created for the members of the platoon who have legit businesses doing to advertise their products or business and make presentations for people to patronize or make referrals. The aim of this program is to help boost and patronize our various handworks.

This program is held every Tuesday, and is anchored or moderated by the corps members who have entrepreneurship skills. Skills taught includes; Ankara Craft work, Fashion Designing, Catering services, Graphic designing, Mechanized Agriculture; Fish farming, poultry, Dog farm etc. We also have quiz/Brain teasers session and winners are awarded with airtime to their different networks. The aim of this program is for us to acquire a spirit of self reliance, developing skills for self employment. Anchors of this program are: Tamaraleyefa Blessing (Ankara craft), Jamiu Hammad Adelani (Fish farming), Diogu Coda (Dog Farming), Fadiyimu Stella (Fashion Designing), Asade George (Graphic designing), Ojone Julius (Catering services).

Eight Lovely Ways to Move on after a Breakup - Advanced

So far we have discussed various topics during the cause of this program like; Corona Virus in Nigeria; Science & Religion the way forward, Impact on Nasarawa state; help build Nigeria, Automation & Robotics; Threat or a prompt to poverty eradication?, 5G Network; Good or Bad for Nigeria development. The aim of this program is to find a way to contribute to the growth of the National economy and make corp members amenable for national Interest. Anchors are: Daniel Adeniran, Nkem Happiness, Diogu Coda, Sunday Ojo.

4. Thursday (Battle of the Sexes)

This is a reality show, as we have discussed so far many contemporary issues as it concerns the both sexes like; Causes and effect of Matrimonial Abuse, Sexual assault/ Molestation; who is to be blamed?, Male superiority and female inferiority. The aim of this program is to help the both sexes to know each other well for a harmonious and habitable society. Anchors are: Salako Bolaji, Fesobi Deborah, Nwosu Franklyn, Ojone Julius.

There are five (5) Sessions, the platoon breaks out each person joins a session with a topic of interest;  Zero Hunger, No Poverty, Quality education, Good Health and well being, Clean water & Sanitation. At the end, each session make a report back to the general platform. The aim of this program is to inculcate discipline, patriotic and loyal service to Nigeria in any situation we find ourselves. It is inform of the normal Community development Service (CDS) Program. Anchors are: Asade George, Nicholet Emeka, Zaniab Aliyu, Edet Bisbong.

Many topics have been discussed and studied in this program like; Improving Nigerians unity through cultural understanding, Unity in diversity, one color one people. This program have given avenue for inter tribe Language, culture and tradition learning. The aim of this program is to develop a common tie amongst us and promote National unity and integration and to clear prejudice, bias and eliminate ignorance to have a first hand the similarities amongst the Nigerian ethnic groups.

On this day the group has a liberal group for more socialization, making jokes and sharing funny experiences. Mostly, share camp experiences. As Socrates would say “An unexamined life is not worth living”, we also use this opportunity to make judgement over the program performance from the previous week to enable build and make better program the upper week.

The platoon leader, Franklyn Nwosu also uses this medium to call on other platoon leaders in their various capacity, try to Make this dream come to a reality, not letting the youths that have gone home to just remain relaxed and have nothing doing. They could use this opportunity to groom themselves also in line with what the NYSC has in mind for us and with this at hand we can truly impact positively to Nigeria. 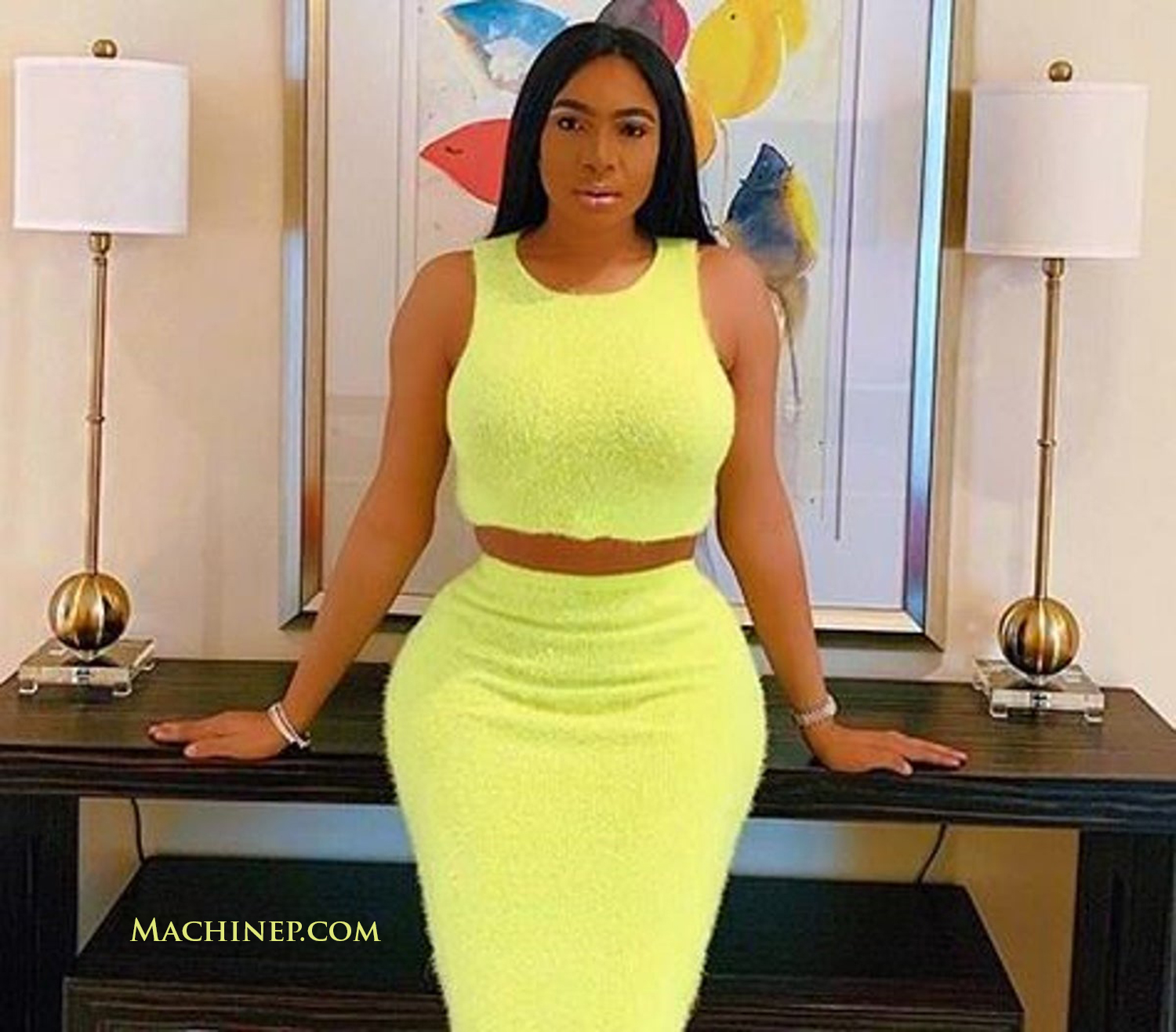