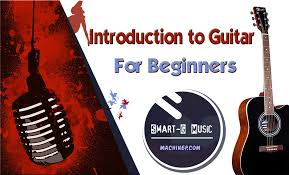 Introduction to GUITAR for Beginners

Do you want to be a Guitarist? Of course, almost everybody does. This is because Guitar is one of the sweetest musical instruments to play and have fun with. But, unfortunately, it is one of the hardest musical instruments to Learn (Do not be threatened by the latter statement). This wonderful Guitar piece contains an introduction to Guitar and the facts you need to know about the Guitar.

Every Guitar has a ‘Standard’ method of tuning. The Standard method differs according to the types (Bass and Lead) of Guitar (see the standard guitar tuning below);

Every Guitar has a ‘Nut’ that is popularly called ‘Guitar Nut’ from where the Standard Guitar Tune is determined. (No finger should be placed on the frets while tuning from the nut).

The guitar is of two kinds and types;

Two Kinds of Guitar are;

Acoustic Guitar is a kind of guitar that is made of wood or rubber, with outstanding and admirable shape. While Electric Guitar uses Power supply and amplifiers to function, Acoustic Guitar needs not any Electricity to sound.

An acoustic guitar produces sound acoustically by transmitting the sound vibration of the strings to the air instead of employing electronic amplifiers. The Sound (sound waves) from the Acoustic guitar strings resonate through the guitar’s body and then create a sound in return.

The Acoustic Guitar is very portable, light-weighted and mainly used in learning guitar, having fun, displaying on the Music Stage, and mesmerizing friends; In other words, when there a Guitar and a Guitarist, there is no boring or dulling moment.

The Nature of Acoustic Guitar

The Electric Guitar is one of the kinds of Guitar that uses Electricity to sound. It has different amazing shapes and is used mainly in the midst of other Musical Instruments such as the Keyboard, the Drums, and the Violin, among others.

The Electric Guitar, just like the Acoustic Guitar, can assume two types of Guitar (the bass and the lead).

The Electric Guitar, unlike the Acoustic Guitar, is not portable and thus majorly used in events with other musical instruments or also in a Music Studio. 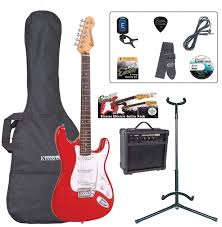 The Lead Guitar Strings range from 1st String to 6th Strings. The first String is the tiniest string and the 6th string is the boldest string. There are other lead guitars that have more than six strings. Most lead guitarists use Guitar Pick to play the lead in order to play faster while others use their fingers.

Characteristics of the Lead Guitar

Bass Guitar is another type of Guitar that normally has 4 Strings (some have 5 Strings). It is used to play the bass part of any music. The Bass guitar player is called a Bassist.

Bass guitar plays a major role in harmonizing and beautifying music; it helps to bring out the beauty of the music.

The standard guitar tuning is the professional tuning for every lead and bass guitar. The Lead guitar has its standard tuning for a 6 stringed lead as EADGBE when tuning from the 6th string to the 1st string.

The Bass guitar standard tuning for a four-string Bass Guitar is EADG when tuning from the 4th String to the 1st String.

Simply put, a guitar capo is a device that is used on the neck of a string instrument to shorten the playable length of the strings, therefore raising the pitch of the guitar when playing.

Guitar capo could be referred to as ‘guitar divider’. It aids a player to play full chords at any fret on the fretboard without the use of a bar chord. So, most guitarists prefer guitar capo to bar chord because the bar chord is a lot stressful.

A guitar pick is a little plectrum used for guitars (especially Lead Guitars). The Guitar pick is mostly made of one unique uniform material which could be plastic.

The Guitar pick helps to speed up while playing the guitar. Guitar sounds raw with Guitar pick.