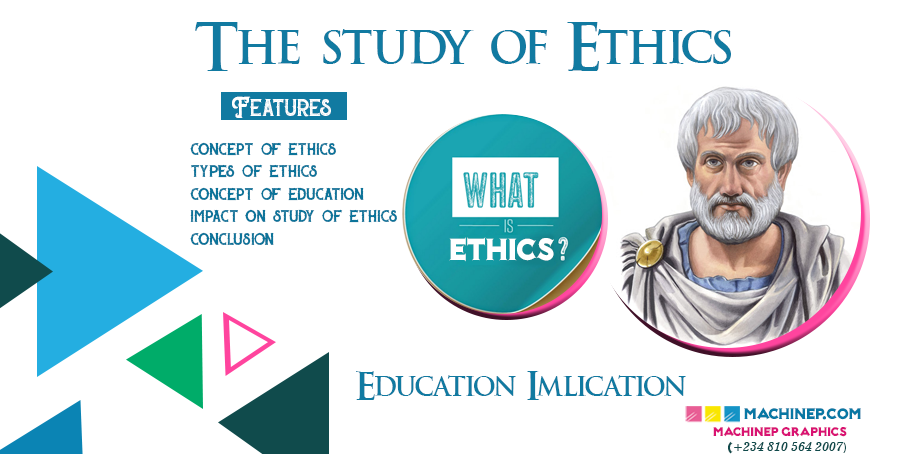 In every philosophical quest, there must be a raw material to be rationalized, and in ethics the material is action. At present, ethics has an important place in all areas of life. Education is also a fundamental process of human life. Therefore, in education, ethics has a very important and effective role. In order to be a good human person, ethics should be placed as a course in the educational system. This interesting discourse focuses on what education gains from the study of Ethics, and why it is important to teach Ethics in Educational systems. Before discussing this issue, it is necessary to define what ethics is and what education is.

From the study of Ethics, one can deduce several educational implications. In our contemporary world, ethics is priced high in all spheres of life. Ethics has also become important in education because education is a fundamental process of human life. Therefore, ethics as a subject is paramount in education. In order to understand the importance of ethics, ethics should be placed as a course in the educational system.

Ethics is the most important and functioning branch of philosophy today. In general, ethics is moral philosophy. The term ethics is derived from Greek term Ethos which means custom or character, hence our human values and virtues. Therefore, our actions and our experiences in everyday life are the subjects of ethics. In other words, ethics is the study of what is wrong and what is right. Good-evil, right-wrong, virtue- vice, justice, and injustice are some ethical concepts. Ethics is divided into two parts: theoretical ethics and applied ethics.

The Concept of Education

Ex vi termini, education is any act or experience that has a formative effect on the mind, character, or physical ability of an individual. Etymologically, the word education is derived from the Latin Educo which means educate, train. Education is a process of learning and acquiring information. It means teaching and learning.

The history of education dates to the human history itself. Education is also a way to become civilized individuals and maximize potentials. Culture and cultural heritage can be transmitted by education because the main occupation of man is to pass knowledge, skills, and attitude from one generation to another. In ancient Greece, some philosopher’s views of education such as Socrates, Plato, and Aristotle contribute to the development of our present educational system.

In general, they (philosophers) all believe that the purpose of education is that improve humankind. Socratic Method is still used in modern educational practices. In this method, teachers ask some questions to improve the intellectual abilities of students and students try to answer these questions by using their reasons.

Today’s educational theories are based on the philosophies of these philosophers. See The Relevance of Amos Cornelius Education Theory. On the other hand, Aristotle who was the father of realism believed that only citizens could be educated. He believed that an educated person was a fulfilled person. He defended theoretical, practical, and technical education. Education helps the development of bodily and mental faculties. In ancient Greece, education was seen as a function of the state and the aim of it is to serve the ends of the state.

Today, education also serves both the needs of the state or society and citizens. Therefore, education is important to us. It builds character, gives knowledge, and helps to the progress of the state. Education makes a man complete and it also plays an important role in developing society and state. Schools are basic frameworks of education. School helps children to become good citizens and human beings. This is possible only by ethical education, so teaching ethics in school is important

The Philosophical Impact On The Study Of Ethics

In his book Essays on Religion and Education, the Oxford philosopher, R.M. Hare, argued that ethics can be taught in schools, because it involves learning a language with a determinate method, “such that, if you understand what a moral question is, you must know which arguments are legitimate, in the same way in which, in mathematics, if you know what mathematics is, you know that certain arguments in that field are legitimate and certain arguments not.”

As Hare argues, teaching morality is not about inculcating substantive positions. The purpose isn’t necessarily to answer questions, but to raise them, and at the same time to provide students with a method (rules, or boundaries) in accordance with which the questions must be discussed. “As in mathematics, having taught them the language,” Hare said, “we can leave them to do the sums.”

Finally, there is a public interest in teaching ethics. The ability to reason morally is a fundamental requirement of good citizenship, and an aspect of “civics education” broadly understood. It is important that citizens know how laws are made, and how decisions can be challenged. But a robust democracy requires more: it requires citizens with the capacity to reflect on how their country ought to be.

Issues as diverse as taxation and inequality, the limits to free speech, and the claims of future generations, all have a moral dimension. The other, powerful change in our society that adds to the ethical imperative is the unprecedented and largely unregulated advances in science and technology that are happening across the globe.

The dangers of unregulated technology, of not grounding decision-making on futures in ethics are potentially catastrophic. In order for adults to begin to make the appropriate political and ethical decisions on using new technologies, we need first to start training our children to ask salient and responsible questions, based on a resolute moral and ethical framework. We need to train them to think differently.

Formation of Character and Personality

In general, ethics is associated with religion, these are two intermingled terms.

Moral and ethics are always mixed together, but they refer to different subjects. Before as we said ethics is derived from Greek term Ethos which means custom, character. On the other hand, morality is a set of beliefs and practices about how to live a good life. Morality comes from the Latin term Mores which means custom and manner.

The terms ethics and morality are often used interchangeably. They have the same roots. Their meanings are the same; custom. However, there is a distinction between them in philosophy. This distinction can be stated as morality is a first-order set of beliefs and practices about how to live a good life, ethics is a second-order, conscious reflection on the adequacy of our moral beliefs.

The second argument, the quality of life argument claims that school helps students to live a good life. “Schools have an obligation to foster the students to become persons who act in a morally correct way” This is possible by ethics in school (Gardelli, 2014: 19). And according to the last argument, the tool argument, “the students’ results in other subjects would improve if the students had ethics in school”. From these arguments, it can be concluded that ethics is necessary in schools because it provides a better life for students.

In Conclusion, it can be deduced that education is nevertheless an ethical effort. Human beings can be either unfriendly or peaceful by education. The aim of ethical education is to help people to act rightly. Norms can be easily taught, but without the knowledge of Ethics, conformity to the rules becomes hard. Therefore, teaching ethics has an important and necessary place in education. I would like to end with the ellipsis of Aristotle “He who is unable to live in society, or who has no need because he is sufficient for himself, must be either a beast or a god” 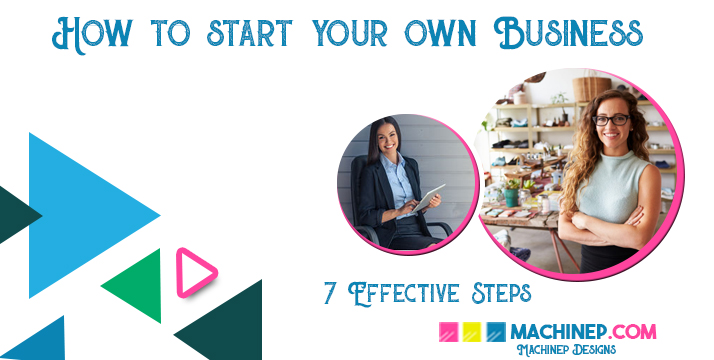 How To Start-up Your Own Business - 7 Effective Steps

Gardelli, Alerby, and Persson (2014). “Why Philosophical Ethics in School: Implications for Education in technology and in General” in Ethics and Education, Vol. 9, No:1, pp. 16-28. Routledge: Taylor& Francis Group.