Essence of Marriage – A Captivating Poem 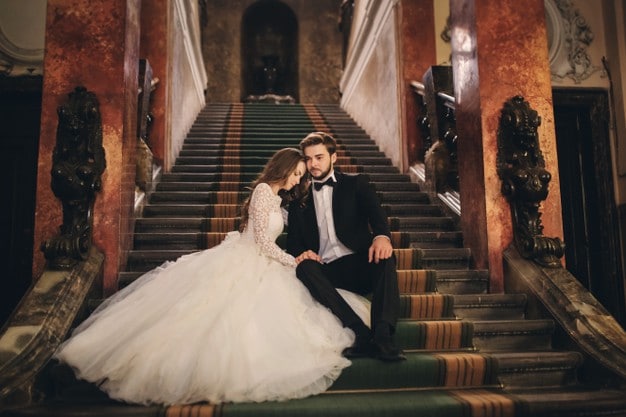 There are love birds

But Certainly no lifelong love birds

He-goats love she-goat for her anus

And the chicken has given his mother eggs to carry.

Marriage is only human

A magnetic pull of two hearts

Beyond smiles, friendship, and love.

Beyond Criticisms and advice

Beyond Rings and Vows

Beyond relations and friends

Beyond wealth and looks

Beyond dowry and rites

Beyond religion and blessings

Beyond witnesses and signatures

Beyond kids and sun.

It is simply what it is

It is simply meant to be

It simply would be.

Surely, a layman in the art of literature may not understand the hidden/internal meaning behind every line of the poem. However, the poem is written in very simple language, but for the sake of clearance and to avoid ambiguities, the analysis will be made.

The poem extols the deepness of marriage. Marriage is one of the scariest missions to embark on, due to the possibility of being with the wrong person or final break (Divorce). It is therefore not a child’s play.

The Poem Essence of Marriage;

The poem “Essence of Marriage” seeks to reveal and expose that the concept of marriage, contrary to what people over the years have thought, does not rest on the shoulders of any concept at all. No! No! No!

People tend to attach marriage to many things that have proven faulty and unproductive. you hear people say ‘Love is the ultimate in marriage’ whereas it is crystal clear that even Love has been unable to hold marriage.

Love is simply not the sole determinant of a happy/long-lasting marriage. How about compatibility, the right chemistry, background among others? But Hey! Don’t get the poet wrong. In as much as marriage is not dependent on anything yet, it needs the support of such attachments as indicated in the poem by the poet to extend.

In the first stanza, the poet shows that there is no ‘love qua love’ among animals. All are just after the business of mating and every illusory love was geared towards reproduction and pleasure. A bird after expressions of love to another will still un-apologetically fly into the arms of another.

Notice that the goat has high ‘libido’, voracious sexual appetite. Study the chickens; a cock impregnates the hen and goes to another while the chicks of the hen later impregnate its mum. It’s a vicious circle sometimes.

In Stanza two, the poet presents marriage as solely meant for humans. The 8th line shows that marriage is above smiles, friendship, and love. In other words, Saying that friendship and love are the main ingredients for a happy marriage is faulty. It leads and then bows out.

Line 9 shows that even amidst criticisms and advice given for and against a prospective union, that union can be without it.

Marriage is also beyond rings and vows. All these are just symbolic and traditional. Even with the costliest rings and vows “I DO”, many still cheat right on their matrimonial beds.

Marriage is also beyond relations and friends. This set of people (parents, brothers, sisters, etc) cannot guarantee a successful marriage.

In fact, avoid a third party in your marriage. Marriage is also beyond wealth and looks. These things will, over the years, prove only ephemeral.

Dowry and rites are what the poet sees as “Fulfilling all Righteousness”. Many have had bride prices paid 10 times over (an exaggeration though).

Line 15 shows that even if you gather the whole world to witness your marriage or sign signatures both in churches and court (court marriage), yet it cannot hold marriage or guarantee the genuineness of the marriage. – Essence of Marriage –

“Beyond Kids and Sun”. Again a person with kids outside of marriage cannot because of that engage in a regretful marriage. Similarly, being in a bitter marriage with 3 to 4 children cannot prevent that marriage from collapsing.

“Beyond Sun” – As well, no time is perfect for marriage. Many say it is because one married early, that was why the marriage was not successful (Juvenile Delinquency reasons and all that) whereas many in those early marriages have had sustained marriages till today. -Essence of Marriage –

Marriage is nature’s call. It is like finding the right shape to fill in a vacuum shape. If a vacuum shape is shaped circle and you try to force in a triangle, it certainly would not be possible.

The better half/soulmate. The consciousness should be, being with the right person and not making forcing a visibly wrong marriage workable.

However, though marriage has no strings attached to it, yet it needs all these concepts for a better, happy, long-lasting, successful marriage.

Portable has written many other interesting and mind-blowing poems;