The National Association of Nigerian Students (NANS) on Wednesday declared war on South African nationals and their businesses in Nigeria, warning them to leave the country on or before Monday next week to avert grave penalty.

Scores of the Nigerian students led by the National Public Relations Officer, NANS, Adeyemi Azeez, who poured into Lalubu street, Oke Lewo, located within the Central Business District of Abeokuta, the state capital, said NANS’ anger and ‘quit the country’ directive to the South African nationals, were precipitated by the wanton killing of Nigerians in South Africa, looting of their properties and the inability of the authority to arrest the situation.

Azeez who addressed reporters on Lalubu street, lamented that the South Africans have set Nigerians ablaze, maim others, shot women and burn Nigerian business without the authority assuring of an end to the carnage, warning that by Thursday all South African businesses in Ogun State and other parts of Nigeria would be shut down in protest over the ill – treatment of Nigerians by black South Africans.

He said: “The anger of Nigerians especially our constituency, seems to have gotten to a point of real reaction against South Africans and their businesses in Nigeria.

“Clearly, our detest of anything that has to do with the South Africans is not unconnected to the spate of killings of our people in their country which has now taken another gear.

“As students we had embarked on mild struggles in the past against this inhuman act of the South Africans but the animals in human flesh have proven to us that, they can only stop if we up our actions against them.

“It is however important to note that it is either they stop the killing of our people or we pursue these evil perpetrators to the gate of hell.

“Going forward, as young people who originally own this country and we would not wait for President Muhammadu Buhari who have refused to take a leadership and decisive position on the menace of the South Africans.

“To this end, we have decided not to attack these disgruntled elements until they defile our instructions which goes does.

“Firstly: All South African businesses must close every kind of business transactions (most especially the Stambic IBTC) opened at any point with our people in the next 12 hours. 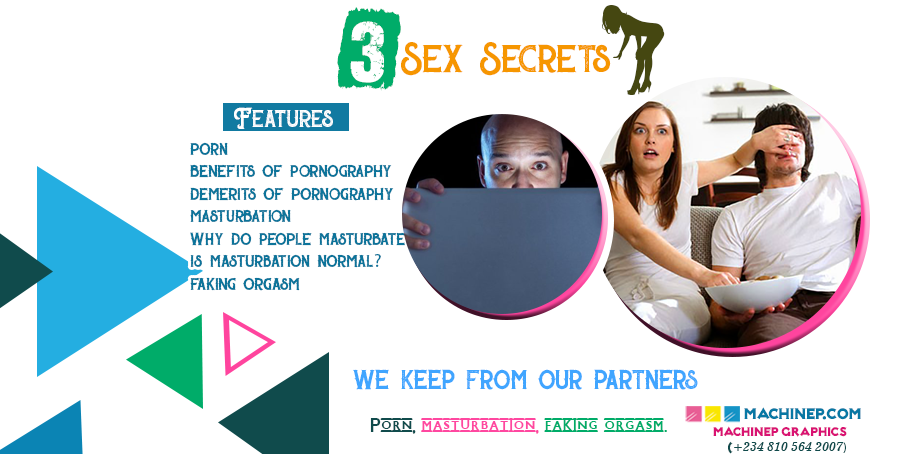 The rough road of life By: Nonso Amadi

THE ROUGH ROAD OF LIFE END_OF_DOCUMENT_TOKEN_TO_BE_REPLACED

Truth in lies By Izunwaonuh

Do you know that you can
travel from Nsukka to Enugu
in 10mins? I know it is 1hr
drive but I consider it a
magic.

On that beautiful day, I was
only sitting alone in the front
seat of Peace Mass Transit
bus with bus number 1432.

I was observing people going
to and fro in the park.

I have never seen her and I was sure she never knew me. “Izunwaonu is anyone sitting
with you in that front seat?”, she inquired and continued, “What a wonderful
coincidence, your phone number and mine are the same except the last two digits”.
Who could have told her my name?

Does she see vision? Where did she get my phone number? I had wanted to say yes that somebody was sitting with me but I was not sentient enough when I mumbled, “No!”

Beyond doubt, a young boy was sitting at the seat before her advent but my
reasoning was imprisoned by emotion immediately I saw her.

Before our bus left Nsukka for Enugu, the young man came back. However, the only thing I could do
was to confuse him when I was unable to convince him.

She was talking but I never understood what she was saying.

Though I was hearing her, I was interested in observing her face in the rear mirror.

She painted her face as though the sophists were at work.

Her eye lashes stood erect and gave a gorgeous stance.

The conjunctiva that covered the cornea of her eyes was very eye-catching.

The paint on her lips had the same color with those of the shoes and pinging trousers she was wearing.

I had wanted to take pictures with her when she turned on the selfie camera of her smart phone but I was afraid.

She gave me the smart phone and inquired if the pictures she took were beautiful.

I wondered if she were the same person because I could not find spot, the zit which I knew she had.

“But you are not the same here” I responded. She accepted it was artificial, that she
used an App called BeautyPlus.

The app according to her makes anyone who uses it beautiful.

No wonder everyone post artificial and unreal photos on social networks.

If she had thought critically, she would have known that I lied to her
when I claimed not have any account in social networks.

I had wanted the driver to reduce the velocity by which he was driving although I
was not the only man in the bus.

I wished I had paused the time in order to spin out more conversation with her.

I had wanted to know her name but never wanted to ask her.

The sharp corners at Opi Agu budged our bus in a direction I never liked.

I felt the contact of her body in my heart and then on my skin.

The music emanating from the speaker in the bus never changed the sensation.

The movement of her lips electrified and made the hairs on the back of my neck stood up.

The mirage on the coal tar provided the solution when it started appearing and
disappearing.

I began to think beyond appearance.

This cannot be original product.

Then I asked her how she knew my name and phone number and she averred that
she saw it written on the manifest. “Okay! How much did it cost you to appear
gorgeous?” I asked.

I never expected lectures from her and she started listing what
she applied to become beautiful. &quot;My hair took me N2300, Eye Lashes N900,
Conjunctivae N1400, Nails N500, Pomade N3700,…&quot; She had wanted to continue
but I asked her to stop.

I learnt that she used a colored powder that made her to
appear as though she was fair in complexion.

I never expected such answers from
her nevertheless she taught me a great lesson.

The most troubling thing in this new generation is the inability to distinguish
between appearance and reality.

Some women have made it easier for me to understand philosophy better.

There is a reason for this assertion because every event has a cause.

We live in a world of objects whose existence and behavior are
independent of our knowledge of them.

This particular experience is not an exception.

Women know what they can do to trigger men off because some men
cannot reason beyond our sensory perception.

Now you know that you can travel from Nsukka to Enugu in 10mins only when
you stay with such deceptive beautiful women in the same seat in the same bus.

Richard Olunwa of Amadi-Ama in Port Harcourt beats his 6-years-old son to death.

According to multiple online sources, the man accused his child of stealing 3, 200 on Friday night and beat him till 1am on Saturday.

The little boy was found lifeless this morning after the father tried to wake him up to run an errand for his pregnant wife.

It was gathered that the boy had been maltreated by his father and step-mom since his mother left, including being starved on a daily basis.

However, many people have blamed the man while lamenting bitterly that he lacks the virtue fatherhood. Others suggested that he should be killed too as a punishment for his wicked actions.

Pentecostalism is a charismatic religious movement that gave rise to a number of Protestant churches in the United States in the 20th century and that is unique in its belief that all Christians should seek a post conversion religious experience called baptism with the Holy Spirit.

The society we are into today is in a state of confusion religiously.

I believe as Christians and children of God we ought to imitate Christ and reflect towards his evangelical roles an leave an exemplary lives and reject all sorts of deceit.

Nobody should use demon to frighten or excite you.

Who told you that a spiritual husband or wife makes you a spinster or bachelor for life.

In any case why did you accept the proposal of a spiritual husband?

How can you have a spiritual husband only your maker is your husband.

Do you mean God will be there and another spirit will come and marry you?

When God says I am a jealous God.

You see ignorance is a big problem. 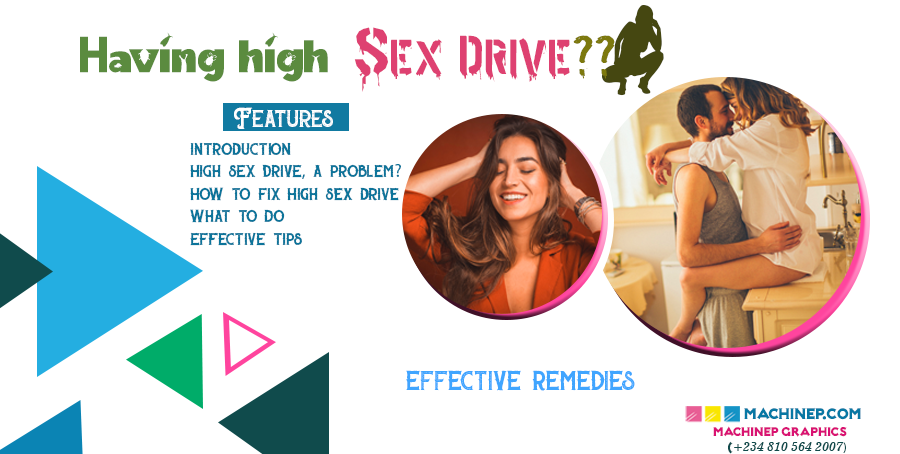 Beware that some of these things are cosmetic lies or cosmetic fabrications of Pentecostalism, some of you have books that explains dreams for them.

Some of these things are simplistic explanations of Natural human condition.

Mary and Martyr were the closest females to Jesus, where they married?

Did you ever here that they got engaged and were married? But they were the closest to Jesus.

Go through the Bible/ scripture, there were so many women that God used mightily they were not married not because they didn’t want to marry but they couldn’t get married.

Every little thing is attributed to spiritual connotation.

Some of these things are simplistic explanations of Natural human condition.

Mary and Martyr were the closest females to Jesus, where they married?

Did you ever here that they got engaged and were married? But they were the closest to Jesus.

Go through the Bible/ scripture, there were so many women that God used mightily they were not married not because they didn’t want to marry but they couldn’t get married.

Every little thing is attributed to spiritual connotation.

If you don’t marry, spiritual husband

If you marry and you didn’t give birth it is still spiritual husband..What a cacophony!

Why this brouhaha about spiritual husband?

These concept have long been held before us many people rose above it! All these explanations you are given, where are they found in the scripture?

The women that were barren in the scripture did the prophets of God tell them that their barreness was as a result of spiritual husband?

Did demons start existing in our time? What is wrong with you people?

Read the scripture to be delivered from these aberrations and perpetual ignorance.

I do not say that there are no demonic manipulations. But they are too exaggerated.

Socio-economic problems will be referred to as spiritual problems.

That is why many people will go for deliverance from poverty.

My dear brothers and sisters poverty is a socio-political and economic issue not a spiritual problem.

If deliverance and crusades were to make people rich.

Nigeria would have been like the united states, or Israel or China.

The China you go today has majority of its citizens as atheists.

But the irony of the whole matter is that, it is only in Nigeria that someone will finish Crusade and will go to China…when will this foolishness stop?

You sow seed here for breakthrough and you go to China!

China is a communist state =Communism means they don’t believe in God but they are prospering more than you and somebody will tell you that it is your ancestors that are causing your poverty.